The images released depict both a male and female Human, but most importantly. an updated Elin model. Yes, the very same race found within TERA.
Furthermore, BlueHole announced that Project EXA would be a direct sequel to one of the MMORPGs they develop. hint hint, nudge nudge? C’mon.
I can’t be the only one that thinks it’s TERA and that it’s going to be TERA 2, an actual PC sequel to the game, not a mobile title, right?
So naturally I went and began to dig deeper. I wanted, needed to know if anyone else had the same theory. And they did – it was talked about on various other MMO sites, forums, and even on Reddit.
But other than those images and the unusual reveal of it being a sequel, not much else is really known.
A quote from an interview when BlueHole were discussing Project W and Project EXA tells a little more about the game, however.
They mentioned several things: The games are being developed by teams that worked on Aion, TERA and ArcheAge. Both Aion and ArcheAge are tab-target MMORPGs while TERA is pure action.
They went on to elaborate that both games will utilize a “brand new combat system” – and since we know Ascent: Infinite Realm uses a hybrid tab-target combat system, it’s likely that Project EXA will as well.
Although again, they state that the game will be “different from other MMOs before it.” Both games will be “next-generation MMORPGs”, featuring “new features to provide players with a brand new exciting gaming experience.”

The character models look so damn good, though. Like, I played TERA. I was a founder when TERA first came out – I liked the look of it so damn much that I couldn’t help but spend a ton of money on it.
I devoted months to that game before finally burning out and quitting, then came back when they overhauled the beginner zone and went free to play – ’cause why not, right?
Should be a completely new game at that point and offer a brand new experience.
I have a TERA video up actually, if you wanna hear more about that but my point is – the character models in TERA look nothing like the ones in this game. Project EXA, especially the Elin in it look incredible.
I cannot wait to see – if this is a direct sequel to TERA – how good the Castanic and Elves are going to look. I’m a huge fan of playing Castanic – I mained a female Castanic back when I first played so I hope they do them justice.

But that’s pretty much all we know.
TERA 2, or Project EXA – whichever you’d prefer to refer to the game as is still in development.
The one issue is that it’s been in development for. a long time now. I think the concept first came to fruition in. 2014? 2012 or 2014, there’s conflicting information pertaining to the original release date online.
But regardless. BlueHole have had a lot of time to work on both of them and at the very least, A:IR is coming close to release and seems to have had the majority of their focus up to this point.
TERA, although on its last legs is still holding up well enough that it can probably last a couple more years before people fully and completely abandon the game and it’s no longer profitable to keep online.
By then, Project EXA will likely be announced and could potentially drive new interest in the game before closing it down and making room for TERA 2.
Or at the very least that’s one potential outcome.
Who really knows, right? For all we know, Project EXA could be a tab-target MMO set in the same world as TERA but be nothing like it since it’s being developed by the people behind Aion and ArcheAge.
It could be a huge pay to win mess and could be filled with open-world PvP. But then that also appeals to some people. 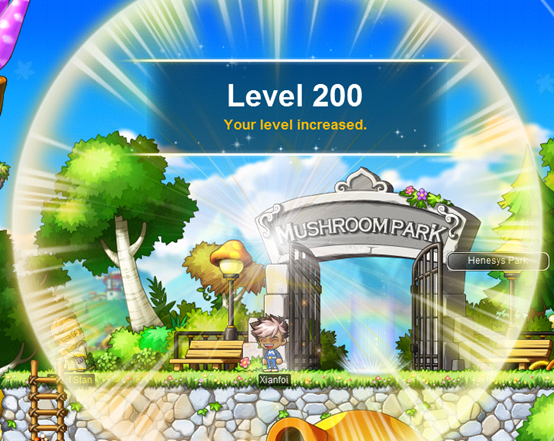 Either way, I loved TERA and I like the looks of the upcoming Ascent: Infinite Realm.
Is TERA 2 possible? Yeah, definitely. Is it likely? Very possibly! Am I excited? Hell yes. But let me know what you guys think.
Is Project EXA really TERA 2? I know the developers have mentioned that there was no sequel to TERA in the works years ago but that could very well have changed since then.
If it is, what would you want from it?