SLIPKNOT frontman Corey Taylor says that when he first saw the image that became the cover artwork for the band's long-awaited fifth album, '.5: The Gray Chapter', he was 'so blown away' that he immediately knew SLIPKNOT had found what it was looking for.

Listen online top songs Slipknot. Download the latest song of.5: The Gray Chapter: Aov. Site Map Help Add to favorites. To get full access to the site e.g. Deposit funds, download files you have to create an account. You will get 2 track for free after confirming your account! With.5:The Gray Chapter, that door has more or less been closed. What is important though is that, to pardon the song-related pun, Slipknot are still viewing the world with a ‘People=Shit’ attitude and that means the magic they have to create something beautiful is as potent as it ever has been.

The '.5: The Gray Chapter' was designed by M. Shawn Crahan, better known as Clown, who is the percussionist and founding member of SLIPKNOT. Crahan is also the art director for SLIPKNOT and directed their DVDs, 'Disasterpieces', 'Voliminal: Inside The Nine', 'Of The (sic)', and '(sic)nesses: Live at Download'. He has been the creative vision behind the band since their inception.

'The minute I saw that image, I knew that it was the cover,' Taylor told Mistress Carrie of the Worcester/Boston, Massachusetts radio station WAAF, 'because the great thing about Clown is that… He does all the artwork for us, he comes up with so much of the concepts, and he's really never gotten the amount of credit that I think he deserves. So when he came in, he had some of this fantastic artwork, I was so blown away. But that one image was so striking, and I think it told so many different stories just in that one image. Because it's black and white, but if you look at it, there's so much gray in it without the color gray even being there. I just knew that was our moment, that was our image, that's what we were gonna put up and hold up to the world and say, 'This is our album.' I just knew that was it.'

Taylor said in a new interview with Metal Hammer that firing SLIPKNOT's founding drummer Joey Jordison in 2013 after 18 years was 'one of the hardest decisions' the group ever made, adding that Jordison is 'in a place in his life' which is 'not where we are.'

Taylor said he could not get into specifics for legal reasons, but admitted, 'It's when a relationship hits that T-section and one person's going one way and you're going the other. And try as you might to either get them to go your way or try and go their way, at some point you've got to go in the direction that works for you. This is me speaking in the broadest terms, with respect to Joey. I guess to sum it up, it was one of the hardest decisions we ever made.'

Taylor said that the band is 'happy right now and we hope that he is… he's just in a place in his life, right now, that's not where we are.'

The singer would not answer whether drug use played a role in Jordison's dismissal, and confessed that he had not been in touch with his former bandmate. Taylor said, 'I haven't talked to Joey in a while, to be honest. That's how different we are. It's not because I don't love him and I don't miss him. And it is painful; we talk about him all the time, but at the same time, do we miss him or do we miss the old him? That's what it really comes down to.'

'.5: The Gray Chapter' will be released on October 21 via Roadrunner. It's the band's first without Jordison and late bassist Paul Gray. 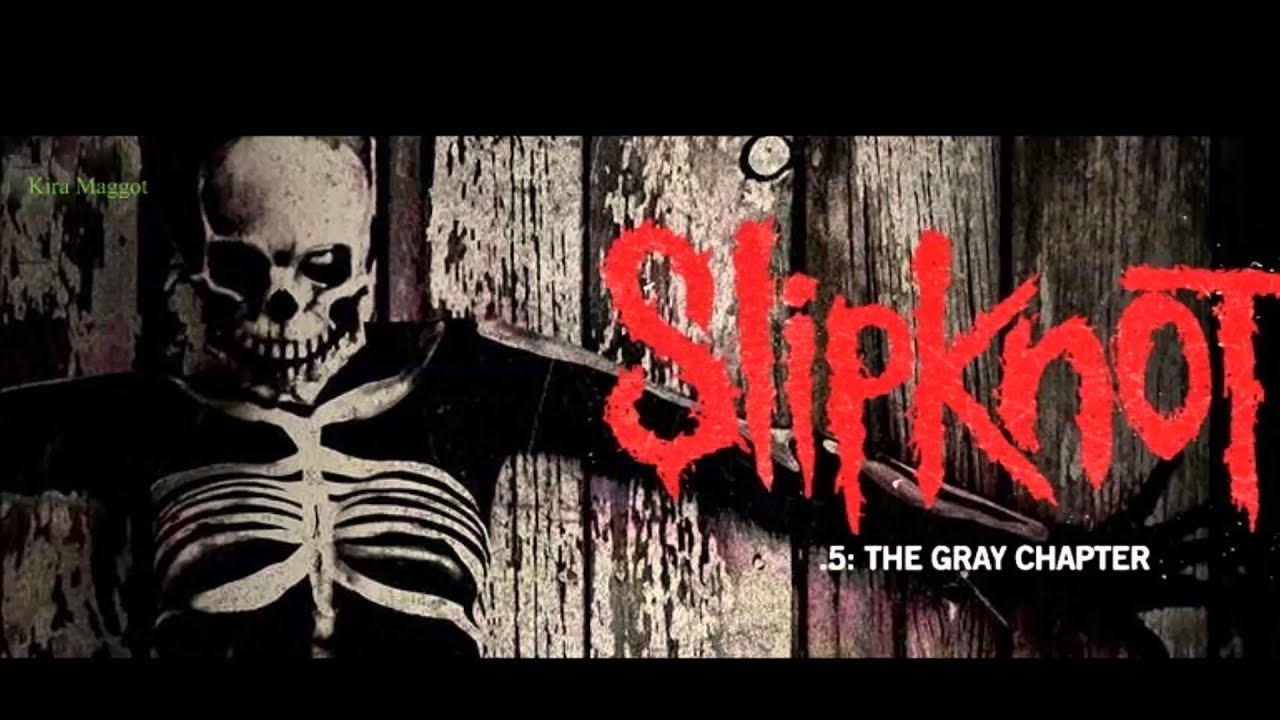 The identities of the band's new bassist and drummer have not yet been revealed, but both appeared — disguised in the same newly designed mask — in the video for 'The Devil In I', the first single from the new album.

Nonetheless, it is widely believed that the new bassist is Alessandro 'Vman' Venturella, who sports the exact same tattoo on his hand that was spotted on the hand of the new bassist in the video.