Vulgar Display Of Power - 20th Anniversary Edition
Rhino Entertainment Company/Warner Music Australia
Following on from the overwhelming success of the remastered/expanded twentieth anniversary re-release of ‘Cowboys From Hell’ a couple of years ago, Pantera (Alongside their label Rhino Entertainment Company) have again decided to take a step back in time and give another one of their album’s a much needed makeover in deluxe form. Not surprisingly, 2012 marks the twentieth anniversary of the group’s sixth full-length effort ‘Vulgar Display Of Power’, which makes it the perfect release to be given a complete revamp.
Originally released in 1992 (On Atco Records/Atlantic Records), ‘Vulgar Display Of Power’ saw Pantera build upon the power groove based metallic sound that was evident on their former release, but with a greater level of aggression, venom and confidence that was previously only hinted at (Especially on the vocal front, where Phil Anselmo all but abandoned his high/clean voice). Given the general lack of heaviness and rawness from most metal releases at the time, fans firmly embraced the band’s newest release, which in turn saw the release quickly become one of Pantera’s biggest selling albums – propelling them into elite status.
Anyone who’s heard or followed Pantera over the years will no doubt be familiar with ‘Vulgar Display Of Power’, or at the very least the numerous singles lifted from the album throughout 1992 – 1993 (‘Mouth For War’, ‘Hollow’, ‘This Love’, ‘Fucking Hostile’ and ‘Walk’). So for the benefit of this review, I’ll bypass putting my personal thoughts down on the album itself (It’s a good album, but not one of my all time favourite Pantera releases), and instead focus on the extras included on this reissue
One of the most talked about extras on this reissued version of ‘Vulgar Display Of Power’ is without a doubt ‘Piss’. The previous unreleased track was recorded during the album sessions, and according to bassist Rex Brown, was cut from the album primarily because the album didn’t seem to need it. And it was a good decision too, as ‘Piss’ isn’t really one of Pantera’s stronger efforts. Although far from terrible, Anselmo’s lyrics are a little overbearing in the macho stakes, while the overall riff structures, tempos and performance within the song come across as somewhat mundane and repetitive. As a bonus track, its inclusion here is justified. But had it made it onto ‘Vulgar Display Of Power’, ‘Piss’ would have easily stood out as the album’s weakest effort. Personally, I prefer ‘Use My Third Arm’ (Which featured on the band’s follow-up effort ‘Far Beyond Driven’ from 1994), where the band recycled the riff into a completely new and far superior tune.
Apart from the bonus audio track, this re-release also comes with a bonus D.V.D. While the inclusion of the three promotional video clips (‘Mouth For War’, ‘This Love’ and ‘Walk’) the band made for the album is a bit of overkill (Who needs them if they have 1999’s ‘3 Vulgar Videos From Hell’ D.V.D.?), the six track/twenty-nine minute ‘Live In Italy’ set is a real highlight. Shot for MTV at the Monsters Of Rock festival (Which took place in Reggio Emilia on 12th September 1992), this complete live set from the band is well shot, sounds great and boasts a rock solid performance from the band. Although the footage has been doing the rounds for years on the net, finally getting a copy of this show on D.V.D. is a real treat for diehard fans.
Sound wise, Howie Weinberg’s remastering does sound a little sharper and louder than the original album, which is what you would expect given the album is twenty years old, while the liner notes (Courtesy of Revolver Magazine’s senior editor Jon Wiederhorn) and the lyrics for ‘Piss’ are seamlessly blended into the old package without looking too out of place.
Overall, the deluxe re-release of ‘Vulgar Display Of Power’ has been well done. It would have been cool to see a little more on the D.V.D., and the overall packaging is a bit of a step down to what was presented on ‘Cowboys From Hell’, but still a decent enough re-release worthy of Pantera diehard’s attention.
For more information on Pantera, check out - http://www.pantera.com/
© Justin Donnelly

Lyrics:
1. Mouth For War
Revenge
I’m screaming revenge again
Wrong
I’ve been wrong for far too long
Been constantly so frustrated
I’ve moved mountains with less
When I channel my hate to productive
I don’t find it hard to impress

There comes a time within everyone to close your eyes to what’s real
No comprehension to fail
I vacuum the wind for my sail
Can’t be the rest
Let others waste my time
Owning success is the bottom line.
Like a knife into flesh
After life is to death
Pulling and punching the rest of duration
NO ONE can piss on this determination

2. A New Level
Now a new look in my eyes my spirit rise
Forget the past
Present tense works and lasts
Got shit on
Pissed on
Spit on
Stepped on
Fucked with
Pointed at by lesser men

3. Walk
Can’t you see I’m easily bothered by persistence
One step from lashing out at you…
You want in to get under my skin
And call yourself a friend
I’ve got more friends like you
What do I do?

Run your mouth when I’m not around, it’s easy to achieve
You cry to weak friends that sympathize
Can you hear the violins playing your song?
Those same friends tell me your every word

The truth in right and wrong
The boundaries of the law
You seem to miss the point
Arresting for a joint?
You seem to wonder why
Hundreds of people die
You’re writing tickets man
My mom got jumped — they ran!
Now I’ll play a public servant
To serve and protect
By the law and the state
I’d bust the punks
That rape steal and murder
And leave you be
If you crossed me
I’d shake your hand like a man
Not a god

Come meet your maker, boy
Some things you can’t enjoy
Because of heaven/hell
A fucking wives’ tale
They put it in your head
Then put you in your bed
He’s watching say your prayers
Cause God is everywhere
Now I’ll play a man learning priesthood
Who’s about to take the ultimate test in life
I’d question things because I am human
And call NO ONE my father who’s no closer that a stranger

5. This Love
If ever words were spoken
Painful and untrue
I said I loved but I lied
In my life
All I wanted
Was the keeping
Of someone like you
As it turns out
Deeper within me
Love was twisted and pointed at you

I’d kill myself for you, I’d kill you for myself —

6. Rise
We’ve got no time to lose
Your news is old news
Hate this, hate me, hate this
Right approach for the wrong
It’s time to spread the word
Let the voice be heard
All of us, one of us, all of us
Dominate and take the motherfucking world

Mass prediction, unification
Breathing life into our lungs
EVERY creed and EVERY kind
To give us depth for strength

Taught when we’re young to hate one another
It’s time to have a new reign of power
Make pride universal so no one gives in
Turn our backs on those who oppose
Then when confronted we ask them the question
What’s wrong with their mind?
What’s wrong with your mind?

We’ve lived with past mistakes
And we’ve lived with our own
Forgive, forget forgive
Be a man, not a child
There are to tears for peace
Of the common sympathies
Educate, reinstate, educate
A thing of past
The trouble in the states

7. No Good (Attack The Radical)
In the states
There’s a problem with race
Because of ignorant past burned fires
From evolution
We’ve been killing each other
I figure man should have it down to a science 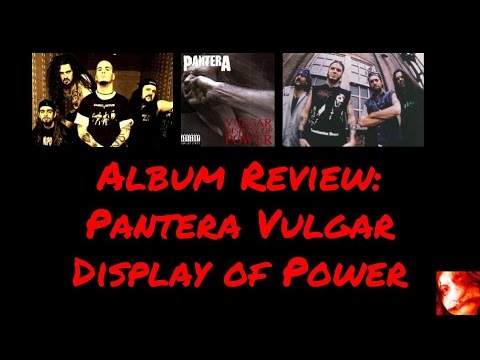 You blame oppression and play the role of criminals
To rape and burn show progress is minimal
White hoods and militants you know it’s such a pity
Living, breathing
Violence in your city

If one man
Had one home
In one world
Held live alone without variety
Full of anxiety
No one to point at, question
Or even talk to — in his private grave
No matter what color
He wouldn’t be saved from hell
He dwells
A closed mind playing the part of prison cells

8. Live In A Hole
Full of grief I scream at the wind
Thought I heard the words of others
Imprison myself
And stay in a shell
I won’t let you in to have a story to tell
Things tend to drag me down
Don’t understand so they hate me now

9. Regular People (Conceit)
I’ve trampled on that road
That you think you own
You have that “smart ass” attitude
It’s time to stop the fiction

I live it every day
While your mind’s far away
I’m out here putting pride on the line
And you case on me with pure respect
One chance at one thing
Hard time is coming
My time, your pain
I reign on you

The so many times
You practice in your mirror
To be just like me
But you just can’t see
You ain’t got the balls, son

10. By Demons Be Driven
Serving the faith
Abduction the oath
It lie in wait for the offering
Religion is old
For drawing the young
Purity withers and dies
Never return to the ones that provided
Children draining parents of will
I hold out my hand to bloodless child
I’m taken by the one I was saving
From death 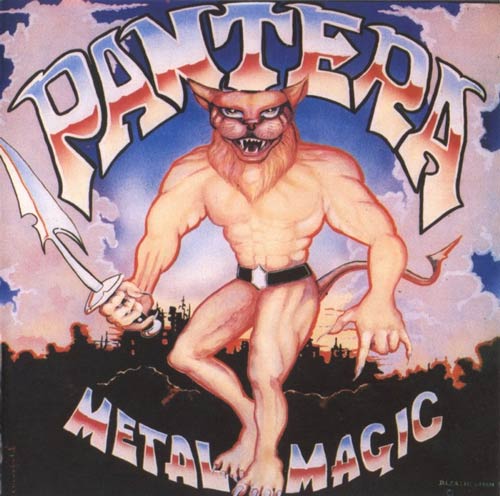 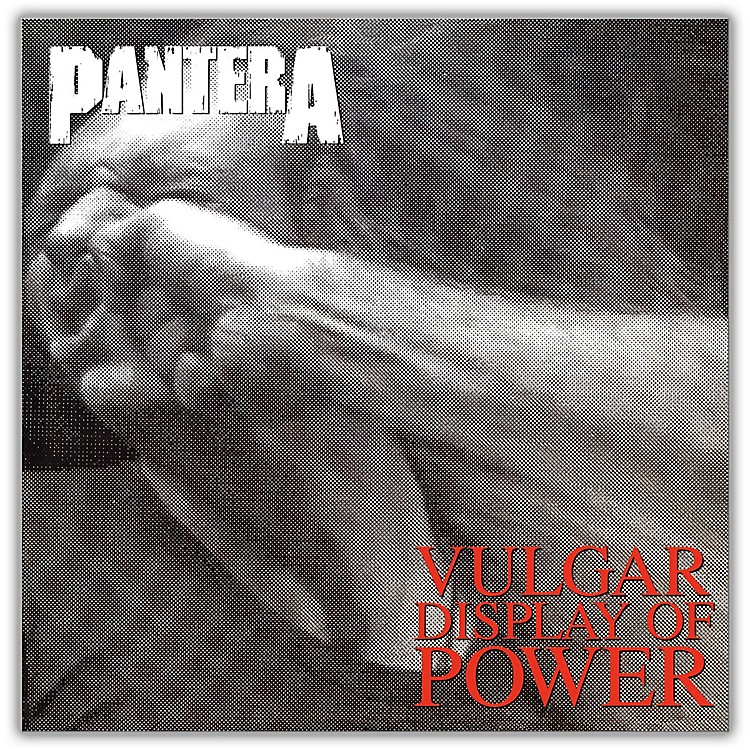 11. Hollow
What’s left inside him?
Don’t he remember us?
Can’t he believe me?
We seemed like bothers
Talked for hours last month
About what we wanna be
I sit now with his hand in mine
But I know he can’t feel…

He as hollow as I alone