Miley Cyrus was interviewed by Howard Stern this week to promote her new album, Plastic Hearts, which is having one of the most shambolic launches in recent memory. Miley fans have a lot of (completely justified) complaints, but it’s stupid and complicated, so I won’t get into all of that mess. While the rollout of the physical album has been catastrophic, Miley’s promotional rollout has been pretty much Classic Miley – tons of confessional interviews in which she openly discusses sex, sobriety, relapses, Christmas and everything in between. Some highlights from her Stern interview:

FaceTime sex: Cyrus admitted it’s been a “really interesting and challenging” time to meet or date people given the coronavirus pandemic. However, she indicated she’s still seeing people in other ways. As she put it, “I do a lot of FaceTime sex.”

How hard it was to get sober: “It’s the decision-making. When I want to do something, I do it and there’s just no question about it. So, it wasn’t as challenging as it can be for a lot of people.”

My best friend Leslie said, 'Oh, she's just being Miley.' The next time we hang out I will redeem myself My heart: it can't rest 'til then I, I can't wait to see you again I got my sight set on you and I'm ready to aim The last time I freaked out I just kept looking down I stuttered when you asked me what I'm. Miley Cyrus’ new rock-influenced album Plastic Hearts is finally here, with the pop star recruiting musical royalty in the form of Billy Idol, Stevie Nicks, and Miley’s hero Joan Jett to guest.

Her relapse: She noted “the hardest times have been in this pandemic. I am always truthful. And a lot of people, their sobriety broke during this time. I was one of them. Luckily, I haven’t gone back to using any drugs, but I was drinking during the pandemic.” However, Cyrus said she doesn’t “really like calling it a relapse…. I call it, I regressed, because, it’s really, for me, drinking hasn’t been—that hasn’t been my demon. But it does not get me going any further. If anything, it just makes me not reach my full potential, which is unacceptable to me. Like, I will not accept anyone or anything that causes me to not reach my fullest potential”

She abandoned her IG Live show because she wasn’t getting “high” off of it: Cyrus recalled how she started her own Instagram Live show at the beginning of lockdown but how that soon “wore off…. The dopamine—getting up every day, seeing the viewer count go up—it didn’t do it for me anymore.”

She married Liam Hemsworth because she lost everything in the Malibu fires: “Me being an intense person and not wanting to sit with it and not wanting to go, you know, ‘What could be purposeful about this?’ I just clung to what I had left of that house, which was me and him. And I really do and did love him very, very, very much and still do, always will.” She also acknowledged “there was too much conflict.” “When I come home, I want to be anchored by someone… I don’t get off on drama or fighting.”

Miley spoke about her relapse/regression on her birthday too, you can tell it’s been on her mind, and I think it happened recently, like in the past month. I’ve been going back and forth about whether I think Miley is actually in some kind of program or whether she just woke up one day and decided to stop drinking, which is kind of what I did. I haven’t relied on a program either, and some days I wonder if that would make a difference. Now I wonder if a more structured program would make a difference in Miley’s life, especially since she won’t say that she’s an alcoholic. I actually don’t know if I would consider her an alcoholic either? I think she’s someone who has abused many substances in her life, and she’s someone with a very addictive personality. I’m just saying, she might benefit from some kind of structured program for a while.

As for what she says about Liam… that’s the one subject where she’s always a little bit squirrelly, like she so badly wants to make him sound like “the bad guy,” but mostly they broke up because she was bored and SHE wanted out.

Miley Cyrus says that the public judges her wellbeing based on her hairstyle.

'My hair is some sort of reflection for my sanity, my sexuality, my sobriety,' the 28-year-old star said in a new interview for SiriusXM's 'The Howard Stern Show.'

'It's really not their fault that they associate my hair and my identity and my wellbeing so closely, because basically, we drilled that into their brains for 8 years of a series,' she added, referring to her 'Hannah Montana' role on Disney Channel.

Cyrus rose to fame when she landed a starring role as Miley Stewart, an ordinary teen with a secret pop star identity, on 'Hannah Montana.' The show lasted for four seasons between 2006 and 2011.

Throughout the series' four-season run and its accompanying movie, Cyrus alternated between her long, wavy brunette hair and a blonde wig with bangs for her Hannah role.

Miley Cyrus Got My Js One

Gallery: The most embarrassing on-stage moments ever (Espresso)

In January 2008, she debuted darker hair and heavier eyeliner at the premiere for 'Hannah Montana & Miley Cyrus: Best of Both Worlds Concert.' The following year, Cyrus faced backlash after her 2009 Teen Choice Awards performance in which she, then 16 years old, got on stage with a pole to perform her hit song 'Party in the U.S.A.'

Her 2010 album 'Can't Be Tamed' marked a further departure from her clean-cut Disney Channel image. She went on to experiment with more hairstyles over the years, including an ombre look, beachy waves, and bobs.

Cyrus would go on to be perceived as rebellious in the years that followed, as she famously swung on a wrecking ball for her 'Wrecking Ball' music video.

In 2012, she debuted a bleached fauxhawk, followed by a pixie cut. She also rocked shorter, bleached hairstyles afterward. 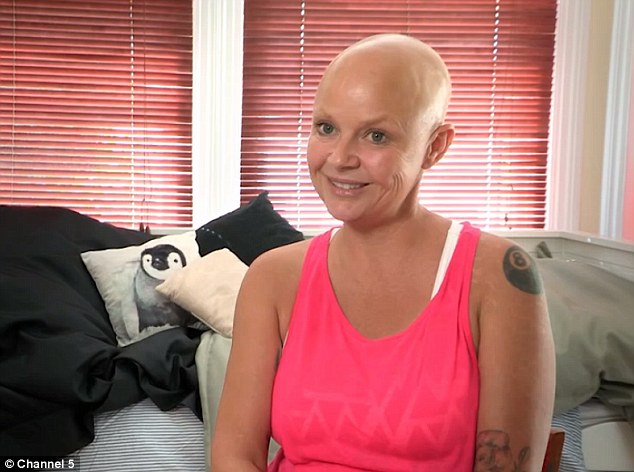 She rocked blonde hair and bangs, reminiscent of her Hannah Montana look, in 2019 and later got a mullet. She currently dons an edgy bangs look that coincides with her new rock-inspired album 'Plastic Hearts.'