Dragon Nest M has made its leap overseas. It's time to take up arms and enter the battle in this mobile action RPG!

This mobile action RPG has an authentic MMORPG feel, complete with quests, dungeons, PvP and PvE, as well as plenty of exciting monster and boss fights. If you're yearning to play an MMO but don't have the time to dedicate to a PC one, Dragon Nest M may be just the game you've been waiting for.

The game has six classes to choose from, each boasting a unique gameplay style as well as fun and flashy skills. Which begs the question:

Which class should you use for your adventures?

That depends entirely on your playstyle. Do you want to dominate the arena, or run through everything solo? Do you like to hit hard from a distance, or dish out melee attacks in rapid succession?

In this guide, we examine all six available classes and share which classes are the best - you'll surely find one that fits!

Each class has its own strengths and weaknesses, different specialization options, and vastly different playstyles.

You can have one character for each class, and the data gets saved (so you can even switch back and forth if you so desire), so it's worth checking each class out until you find the best one for you. 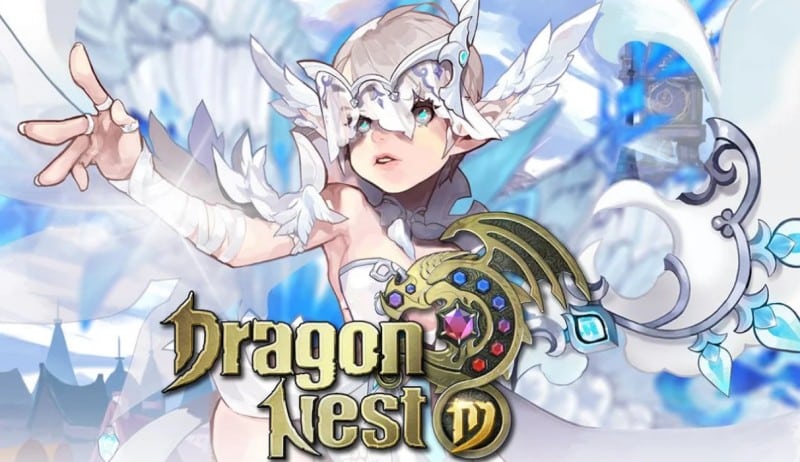 Here are some basics about the classes before you begin:

The warrior is a balanced sword fighter with good defense and offense (with both single and multi-enemy attacks). This is the best class for beginners for its ease of use as well as high defense and attack.

This cutie packs a punch. Her regular attack takes the form of swift magic orbs that shoot out of her oversized cannon. She is best used from afar, and has the power to push enemies away if they get too close for comfort.

The Tinkerer's most unique asset is her ability to summon Alfredo, a steampunk robotic servant who draws enemy aggro and allows the Tinkerer to keep a safe distance.

The cleric is the paladin of this game, acting as a good shield and healer. Clerics have weak attacks but they can withstand a good amount of damage and excel as a support class.

As the name suggests, the archer uses a bow and arrow to unleash pain on enemies from a distance. This class is a good middle ground between the tank and the glass cannon, excelling at super-quick movement and attacks and skillful evades.

To play this one well, you'll need to find the optimal distance to hit from (while not being hit in return).

Go up close and personal with this class, which has strong offensive powers and great DPS but needs to be quick on his feet to evade incoming attacks.

The assassin is a versatile class, allowing users to either save up power for a strong burst attack, or attack with weaker, but much quicker, blows.

As a side-note, the assassin also has the most intriguing description: 'A gentle and kind teenager accidentally gets possessed by his future self.'

Finally, we come to the one true glass cannon among the classes, which also makes her the most difficult class to master.

The sorceress is a powerhouse of magic, dealing huge damage to enemies with AOEs. Her attacks are great against a group but require a bit more maneuvering than the other classes, since many of her skills target areas, not enemies. This means you can't run-and-gun here, but rather will need to keep an eye on the enemy's movements and plan ahead.

Once you reach level 15 in the game, you get to choose a specialization. (Further specialization paths are available at level 45, but for the purpose of this post, we'll focus on this first branch in your journey.) Which specialization you choose will affect the types of skills you get access to and the play style.

Before making a selection, you'll have a chance to try both out with all its skills unlocked so you'll know exactly what to expect.

Here are the specializations and their finer points:

Sword Master: This specialization is the all-out sword-swinging offensive path. It unleashes a ton of power with strong physical attacks as well as the ability to block and hit back hard.

Mercenary: A bit more varied than the Sword Master, the Mercenary is equipped with buffs and debuffs while retaining a strong (though slower) attack and some crowd-control skills which make him a great addition to any party.

Alchemist: With the alchemist, you will unlock powerful magic attacks that rival that of the sorceress, though with an easier control (less precise aiming required).

Engineer: Perfect for a more tactical fighting style, the Engineer puts up towers and throws mechanical ducks (yes, really) into battle. This class requires you to corner your enemies right where you want them for maximum damage output!

Paladin: By far the best tank in the game, the Paladin is an aggro-hogging wall of defense, ideal for cooperative playing.

Priest: This class leads the cleric down the support route, giving him the power to heal and buff allies (and himself).

Bow Master: As the class with the longest range, the Bow Master is great in group fights and as a rear support. However, this comes at a cost: Up close, the class is pretty squishy.

Acrobat: This specialization brings the archer closer to the action by switching out her bow for a shortbow and giving her more flexible mid- to close-range skills. Her defense is still relatively low but she makes up for it with quick escapes.

Chaser: A skilled ninja-like assassin, the Chaser has two types of skills you can choose to specialize in: the long-ranged physical damage-dealer and the close-ranged, quick and devastating offensive path.

Bringer: The Bringer uses light and dark powers to either buff and heal or debuff and damage, respectively. Being such a well-rounded class means it can do many things decently, but excel at nothing specific. It may take some more skill to bring out the best in this one.

Elemental Lord: As the name implies, this specialization focuses on offensive fire and ice elemental attacks, much of which can stack for massive DOTs. However, the longer casting times make the Elemental Lord an easy target during casts.

Force User: This class gives up some of its power in favor of providing support to others. Using dark and light magic, the Force User can debuff and immobilize foes, as well as teleport away in a pinch.

Now that you know a little about each class, we can move on to the good part: which class should be your main?

While your choice should depend largely on your playstyle, some classes are definitely better than others for certain tasks.

If you play MMOs for the story (believe it or not, you're not alone!), prefer to keep to yourself and not interact with others, and generally want to focus on the PvE aspect of the game, your best bet is the warrior.

It might be a cliched answer, but it's true: it's hard to beat the tried and true attack and defensive prowess of this skilled fighter. The warrior and both of his later paths have crowd-control skills, with the Mercenary being especially good for solo and party fights due to its decent de/buff abilities.

The warrior also has a high defense so he can do well without backup, and some powerful single-enemy skills that are great against bosses. You just can't go wrong with this class for solo play.

If, on the other hand, the idea of making your way up the PvP ladder is exciting, you'll do well with a quick character with good defense who can withstand the ranged powerhouses.

Judging our recommendation on the top-ranked arena leaders, the two best classes for PvP in Dragon Nest M are the warrior (Sword Master specialization) and the cleric (Paladin specialization). The warrior can dish out strong mid-ranged attacks, while the cleric can take a lot of beating, making them both ideal for the arena.

However, based on further research, we also recommend the sorceress (Elemental Lord specialization) as a strong third contender. This class is harder to master, but once you do, you can be (theoretically) unstoppable!

Want to help your party and guild-members get through raids and special dungeons? Non stop hollywood movie free download full. You're looking for a good support class.

Honestly, all the classes are well-balanced and do well on their own or together. Every class has its own party buffs, and most have a good variety of single- and multi-enemy attacks.

However, the one class undeniably created specifically to be a good support is the cleric (Priest specialization). Use this class if you like to hold the team together and lead them to victory!

Of course, we're not saying the other classes aren't awesome: In fact, they're balanced well enough that any class, in the right hands, can be played right to the top. Try them out for yourself and choose the one that's best for you!